Despite the current difficult public health situation, we remain open for business.

Number Plates as an investment 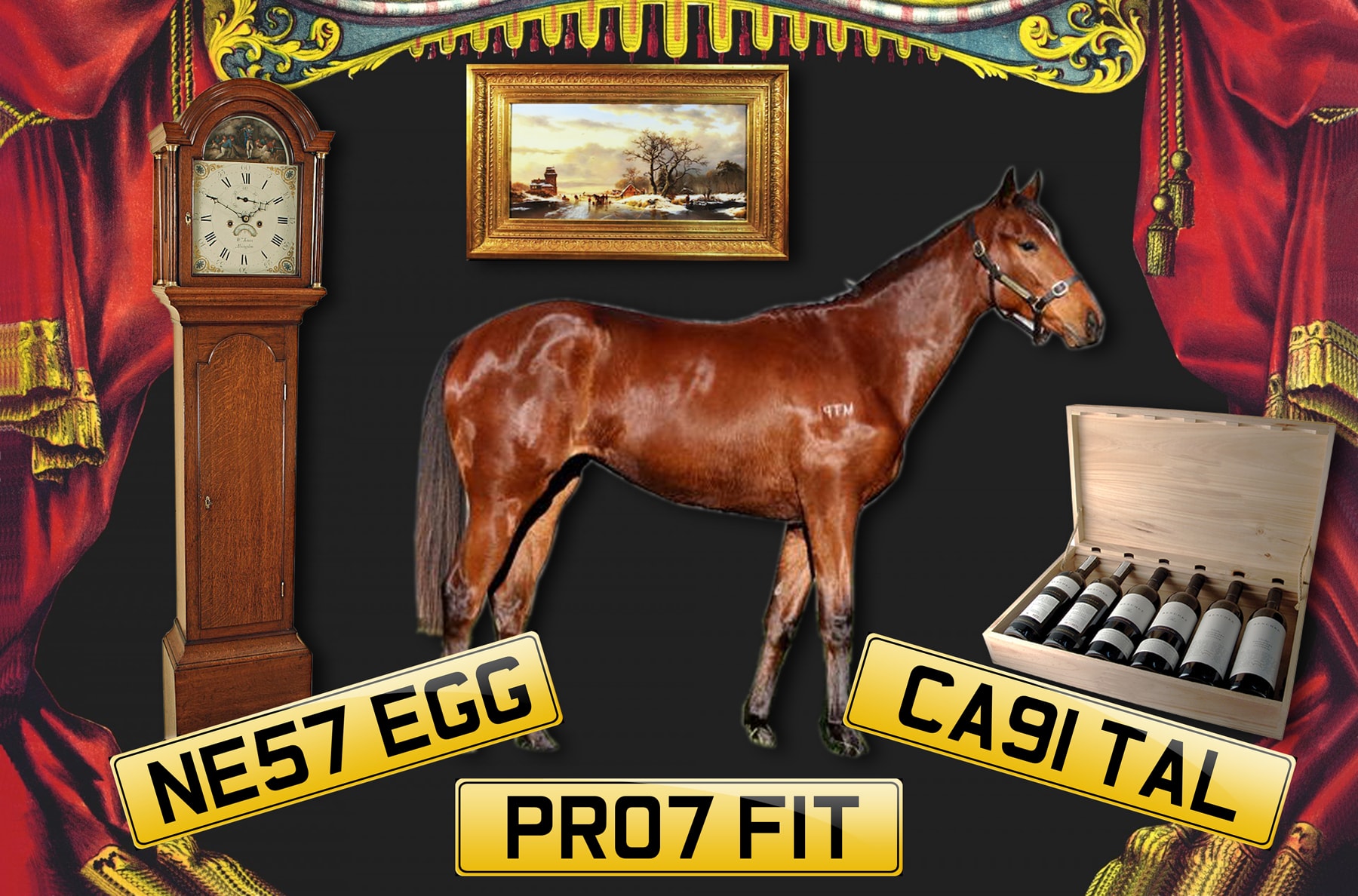 Even when interest rates for savers aren't at rock bottom people are always interested in investing money in their passion such as race horses, antiques or wine. Can we put number plates in this category? Can they be an investment and a passion?

At National Numbers, we surveyed a sample of our customer base and found only 12% of buyers bought plates as an investment, over two fifths liked number plates that personalised their car, over a third thought the plate looked good on their car and a fifth felt it expressed their individuality. But things may be changing as number plates have now been around for 112 years and some of those early plates are still in circulation with interesting stories of their own.

M 1, was originally owned by Maurice, son of Alan, Third Lord Egerton of Tatton, both motoring enthusiasts. In 1920 Maurice inherited Tatton Park and numerous classic cars. Maurice bequeathed the estate to the National Trust when he died in 1958. The plate was sold by the National Trust and Cheshire County Council for £331,500 in July 2006 to an anonymous wealthy businessman from Cheshire as gift for his 6-year-old son.

In September 2008 S 1 was sold for £397,500. It was the first car registration issued in Edinburgh in 1903 to Sir John MacDonald, a former Lord Justice Clerk of Scotland, motoring pioneer and a founding member of the Automobile Club of Great Britain and Ireland, which became the RAC.

Often the car and it's registration make a pleasing combination. John Collins purchased 25 O for £518,000 in 2014. The plate is registered to a Ferrari 250 SWB that was once owned by Eric Clapton.

The price plates command can lead to controversy as this year the sale of AB 1 (registered to police vehicles in the West Mercia police force region since 1904) was critcised for failing to make as much for the Police Force as many commentators expected.

These top selling plates are all what are known as “Cherished” or “Dateless” plates as the letters and numbers do not clearly indicate the year of issue and many people like the simplicity of separate sets of letters and numbers. Most of these plates were issued sometime between 1903 and 1963 and many reg from this period cannot be used as the vehicles they were on have been scrapped. However, new dateless plates can come on the market as every year the DVLA sells registrations from previoulsy unissued sequences.

Suffix, Prefix and Millennium plates can all fetch good prices because they contain popular initials or make interesting words such as :

But remember, as with all investments, prices can go down as well as up.

Based on 2231 reviews
See some of the reviews here.

Brilliant! They rang me and sorted all out over the phone. Plate was on within a day.

Very understanding and easy to deal with. I spoke to Adam, who was very helpful and patient, so definitely recommend them to anyone who is interested in a cherished number plate.

Very Simple And Good After Sales

Very simple to do and good after sales help if needed. Thank you.

Brilliant To Deal With

This is a company that puts the satisfaction of its customers FIRST. My purchase was not quite what I ordered but a quick phone call resulted in replacement plates arriving the next day. Very friendly to deal with and highly efficient.

Couldn't Have Been Easier

I cannot fault the service received from National Numbers. The staff I spoke to were knowledgeable, professional yet friendly and did what was needed in a timely manner. Thank you so much.