National Numbers customer Bill Mills couldn’t believe his luck when this sweet thing of a Mini surfaced early 2018 as a “barn find” after being AWOL for 37-years. 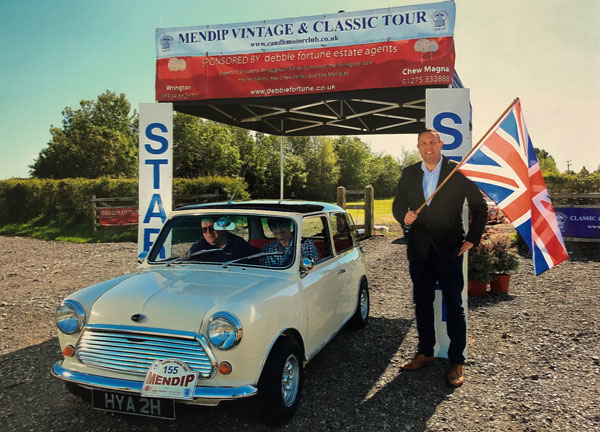 Bill successfully managed to persuade the restorer to sell the car to him and sent the registration document to DVLA to record the change of registered keeper.

The car was shown on the registration document as first registered on 05/03/1981 on a W registration with the number of former keepers as None.

The DVLA investigated the originality of the car over 4-months and they contacted Bill to confirm that they were satisfied with the originality, and that the pre-rebuild car was traced to a factory build date of December 1965.

There were 27 receipts dated between 1975 & 1978 for all parts necessary to build a MK3 Mini Cooper S and 2 of the receipts were a deposit and balance for a new body shell.

Between early 2018 and April 2019 the car underwent a bare shell restoration to replicate a circa 1970’s MK3 Mini Cooper S.

The restored car has changed colour from red to Old English White, it has retained some of the glass, front parcel shelf and switches from the 1965 car.

The shell, engine, transmission and running gear have been retained from the 1973/78 rebuild but everything else is brand new from the 2018/19 restoration. 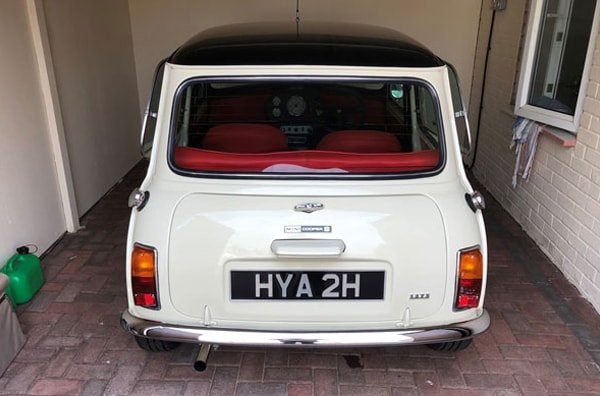 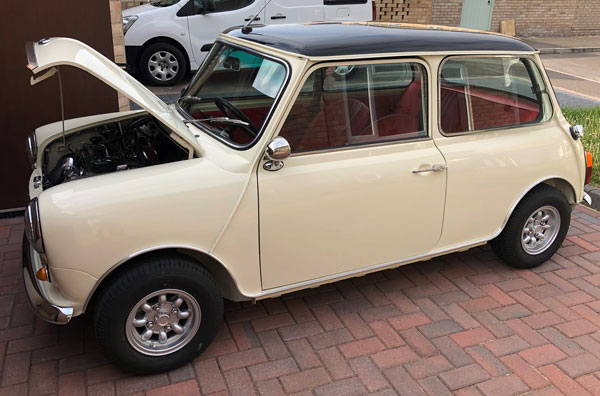 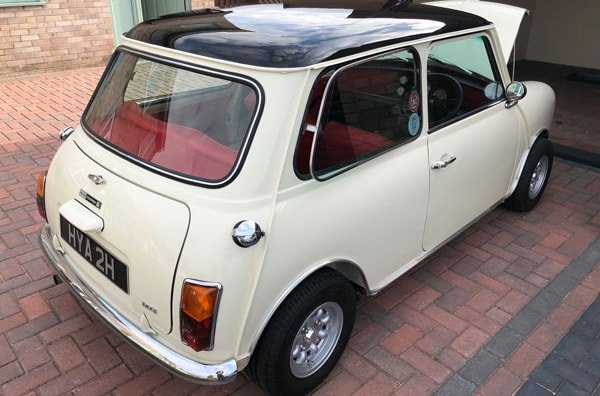 Bill commissioned National Numbers to bid on his behalf at the January 2019 DVLA auction and they were successful in obtaining a previously unreleased 1970 Somerset suffix registration.

With Bill living in Somerset and reflecting the replica build of the vehicle being 1970, National Numbers were able to secure the car registration HYA 2H.

"After DVLA informed me of the 1965 original build date I pointed out that it could jeopardise the transfer of registration HYA 2H that National Numbers had just purchased at their auction," Bill states, "The penny then dropped."

Bill goes on to say: "HYA 2H would make the car look older ref the 1981 W registration, but had they made the 1965 date the president then I would not have been able to transfer HYA 2H because it would have made the car look younger."

The 1965 date would have qualified for free historic road tax but still has to pay £160 road tax as 1981 isn’t 40-years old. It was a small price to pay to retain registration HYA 2H which on period black and silver number plates will look great against Old English White.

"DVLA were brilliant, they requested an archive microfiche of the 1981 rebuild admin to fully understand everything, I then received a call informing me that DVLA would disregard the 1965 date in favour of the 1981 date in order that I could transfer HYA 2H."

The post restoration maiden outing was to enter the car into the 25th anniversary Mendip Tour on 12th May 2019 where the car was very well received and performed well.

Very good staff and excellent customer service, and very good prices for plates. I would recommend to everyone. Thanks again for my plate.

Based on 3246 reviews
See some of the reviews here.