Top Gear's executive producer feels that the BBC 'does not trust' the show any more.

Andy Wilman, 52, believes that despite a string of controversies that the popular BBC show will get another series, however he feels he might be on thin ice with the higher ups.

Speaking to Broadcast magazine, Wilman said: "What the BBC like about Top Gear is when it’s naughty but it’s all under control.

"We walk a tightrope most of the time. Sometimes we’re going to fall off it. And if you do, that’s when the BBC is not a fan. Sometimes, I feel they don’t trust us at heart.

"Ofcom has found us in breach of the Broadcasting Code only twice since 2002. You can’t achieve that kind of record if the show itself isn’t smart about what it’s doing." 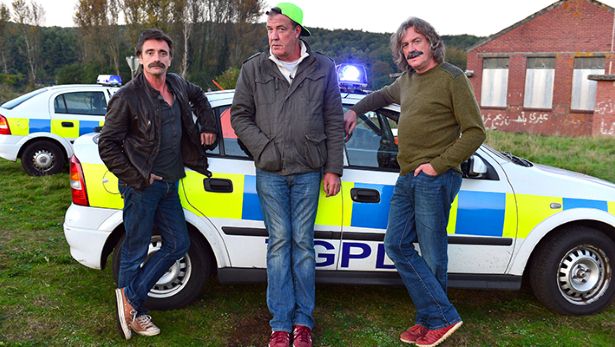 Top Gear has come under fire several times in the last 12 months.

Jeremy Clarkson used the racial slur 'slope' on the show's Burma special, which Wilman said was "not defensible".

The show's Argentina special then sparked global issues after the crew was chased out of the country over the number plate H982 FKL - which some said referred to the 1982 Falklands War.

Wilman maintains that it was a coincidence.

Critics of the show have called for the show to be axed and for Clarkson, at one time the highest paid presenter on BBC, to be sacked.

When Will The Next Series of Top Gear Begin?

Despite previous indiscretions, Andy Wilman is hopeful that the hit show will be back for another series.

"[BBC] are willing to recommission Top Gear because the show is working and it’s still a good thing to have in the mix," added Wilman.

"I could do with a bit less telling off, but there you go."

Top Gear is in the Guinness Book of Records as the world’s most-watched factual TV show.