Today I'm taking a look at number plate recognition technology, which we should be all familiar with at this point, specifically about how drivers react when faced with one of these cameras. They are definitely the new trend in motoring law enforcement, often being paired up with speed cameras to detect vehicles that are uninsured or without tax. As with everything though there will be those who will try to avoid them ... and not just by doing the obvious like not driving anywhere near them.

Lets take a look at a country famous for over-the-top characters: The United States of America!

Number plate recognition is the trendy thing across the pond as well, but dodgy drivers are being a lot more creative than they really should bother being when faced with one of these 1984-esq cameras. Especially at a local level where these cameras are used for toll roads. Bearing in mind that said tolls can be as little as 26 CENTS (about 17p!) it is baffling how much effort goes into avoiding Automatic Number Plate Readers. 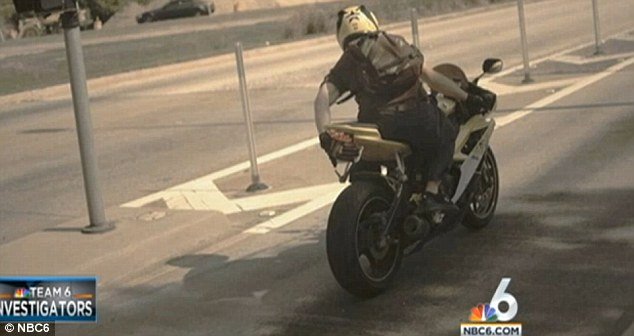 Here we see one American biker performing the dangerous stunt of leaning off the side of his motorcycle to cover his number plate. Clearly he doesn't have as much control as he should over his bike, not to mention that he is only using one arm to steer. It cannot possibly be safe. Let me stress once again that he did this to avoid a toll of 26 cents. Was it really worth it?

Fortunately other drivers have found a way with obscure their number plates without putting their life in immediately danger, such as convertible drivers getting their passengers to lean back out of the car to cover the plates with their hands. Admittedly, not exactly safe but better than the example above. Others use duck tape and plastic sheets to cover their number plates in a not so subtle way.

You've then got the clever clogs who think outside the box. They know they don't have to cover the number plates to hide them from the cameras, they've just got to make sure than ANPRs cannot read them. Some drivers use clear spray paint to dull their plates - to the naked eye it won't look like anything has changed but it takes away the reflective coating plates normally have, which means infra-red cameras won't get feedback. Obviously this also means other cars won't be able to spot your number plate either, so once again is it really worth it? 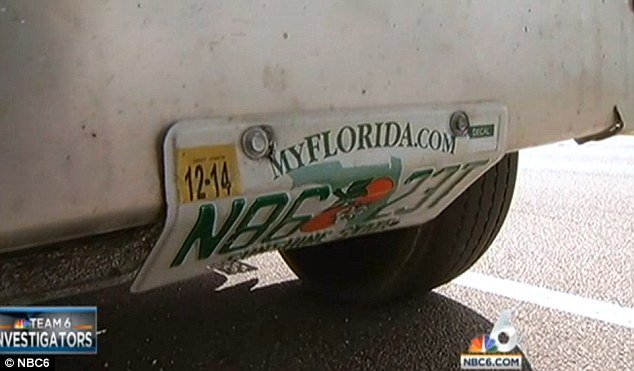 Other drivers, like the one above, actually bend their metal plates. This makes it a lot harder for ANPRs to read your number plate clearly, and in some cases not at all when the plates are bent all the way under the vehicle axis. Number plate readers are programmed to detect off-kilter alignment and different angles and distances, but the addition of a crease throws some models off. Of course, here in the UK this can't be done thanks to the acrylic plastic we make our out of - bending plates will result in them snapping. 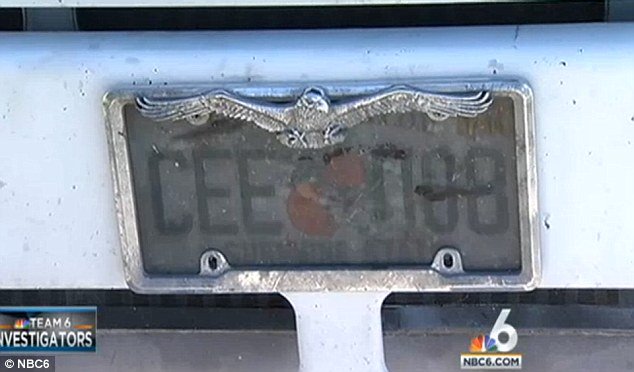 In one example this artful dodger got away thanks to the use of see-through plastic. Once again the manipulates the function of the cameras to miss the registration in most cases. This driver has thought of everything though - notice the smear of grease obscuring the last three digits on his registration? Once again though, this cannot be done in the UK because all number plates are made out of the same material.

The lengths some people will go to, just to avoid small tolls. You would think it would be easier - not to mention safe - to just pay the fee or find a different route!

This is the US we are talking about though, where number plate laws vary in all 50 states. In the UK we have pretty strong laws about vehicle registrations, how they can be displayed and even how they are spaced. Admittedly it won't stop people attempted that little bike trick we showed earlier, but I don't any sane person would actually attempt such a stunt, especially when half the time you are unlikely to even know when one is watching you anyway!