On September 1st 2001 the DVLA introduced a new compulsory font for all number plates in the United Kingdom. This font was released with the aim of making number plates more easily read. Any number plate attached to a vehicle after this date must meet the requirements detailed below.

Everything You Need to Know About Number Plate Fonts 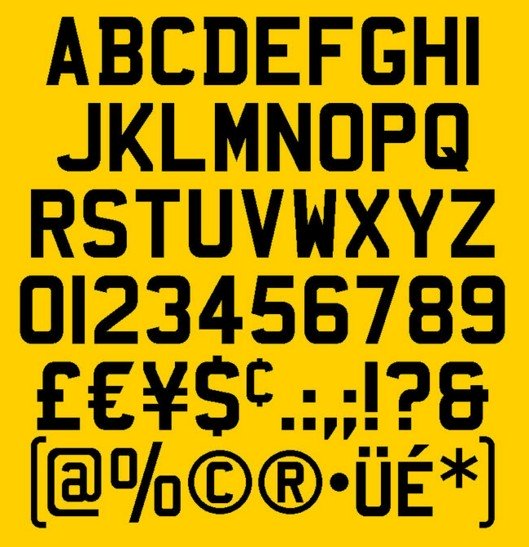 UK number plate fonts are monospaced. This means that every character (except I / 1) is of equal height and width.

On top of this, all other spacing is uniform. There must be an exact gap of 11mm between each character, as well a 11mm margin around the outside of the number plate. The space in the middle of a registration number must be 33mm.

As mentioned, UK number plate fonts are monospaced. All letters (except I) and numbers (except 1) are the same height and width.

Only two font are legal in the UK: standard and 3D effect (aka two-tone). Previously available fonts such as italic, highline and carbon are now prohibited.

Those caught using illegal or misspaced number plate fonts can be fined up to £1,000 for the offence and the vehicle will fail its MOT.