Every Banned Number Plate From The 22 Release

From BO71 LOX to B11 TCH and KN71 VES to C11 NTS, there have been loads of number plates banned over the years.

Every Banned Number Plate From The 22 Release

From BO71 LOX to B11 TCH and KN71 VES to C11 NTS, there have been loads of number plates banned over the years. 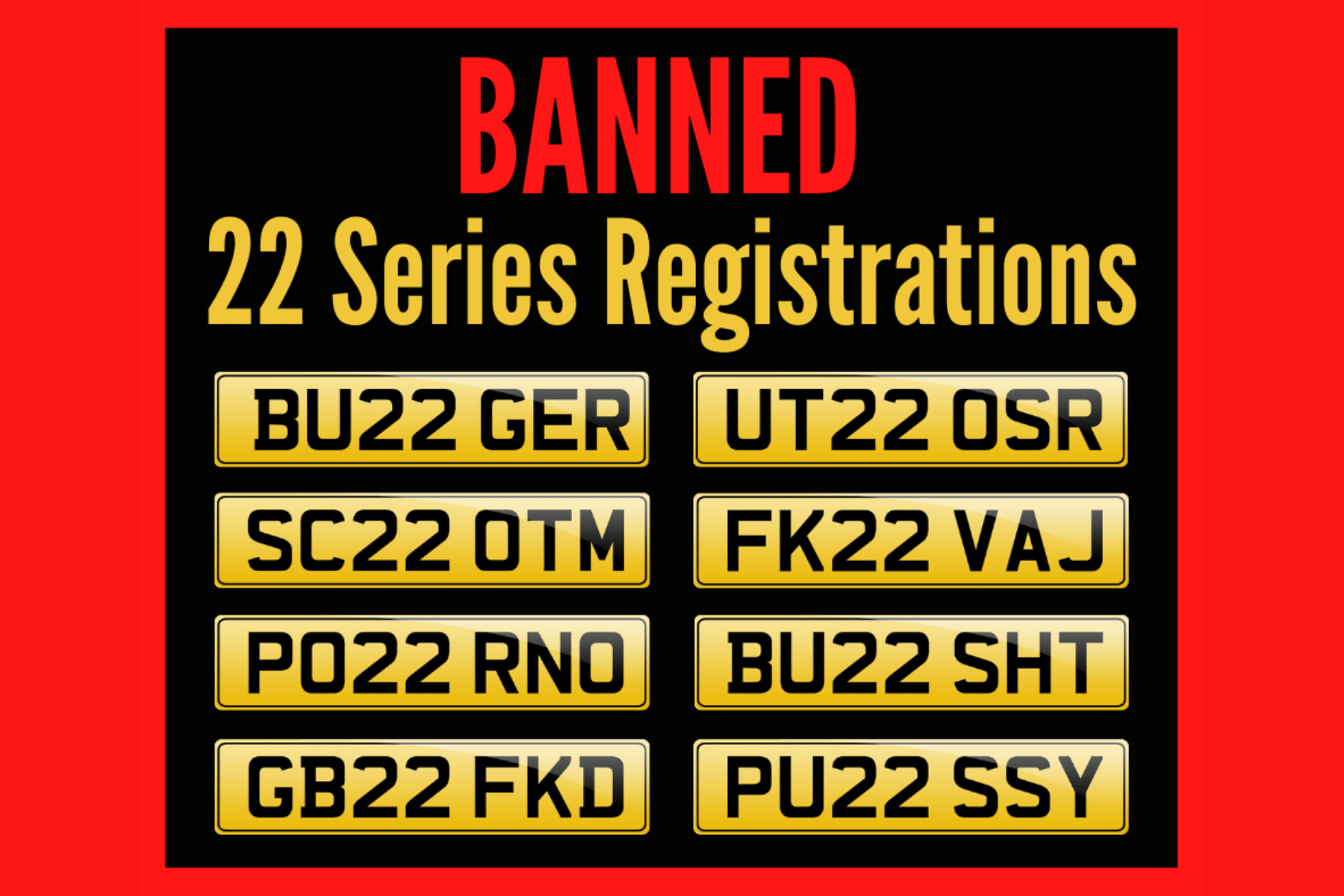 We’ve covered them all on social media and in our blog, and with the 22 series number plates now in circulation across the UK, there’s a fresh batch of banned registrations to explore.

So, in today’s blog, we’ll take a look at the newly banned number plates that the DVLA have nipped in the bud. We’ll also explore the reasons for banning certain registrations (although it’s quite easy to tell why) and tell you where you can buy perfectly legal number plates in the UK.

Let’s start with why the DVLA bans number plates at all.

Why do the DVLA ban number plates?

Firstly, because certain words are offensive. It’s as simple as that. To avoid any backlash from angry motorists and to avoid offending anybody, it’s much easier to simply withdraw naughty, rude, or straight up nasty number plate combinations from the offset.

Lots of the banned DVLA number plates contain something that is clearly offensive, such as characters closely resembling swear words or protected characteristics. Some are less obvious, however, and are up for debate as to why they’re banned.

The way the DVLA determine which registrations are unsuitable, is by banning any that “may cause offence, embarrassment, or are in poor taste”. They have in-house specialists who work on it every year, and while it seems like a lot get banned, compared to the total number of released number plates, it’s a really small amount.

Let’s take a look at some of the banned 22 plates to see what’s what. 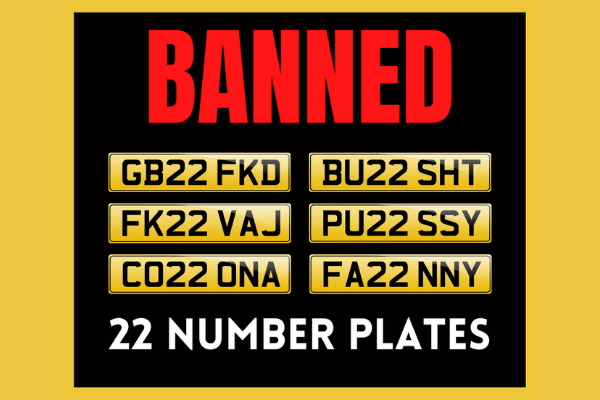 Like we’ve said, some number plates are pretty obviously not suitable for the roads. With the 22 release, the likes of BL22 JOB, BU22 GER, BU22 SHT, PE22 VRT, and PU22 SSY have all been removed, and it’s not hard to see why.

Then, there’s the violent number plate combinations, which clearly have no place on UK roads. These include the likes of MU22 DER, MU22 GED, UK22 WAR, and KN22 FED, to name a few.

You can also buy a whole range of other, fully legal UK number plates at this link, with over 68 million combinations to choose from on our website.

Breathe in, it’s a big list, and please be aware that some of these are blatantly offensive and might cause upset, offence, or concern to readers. 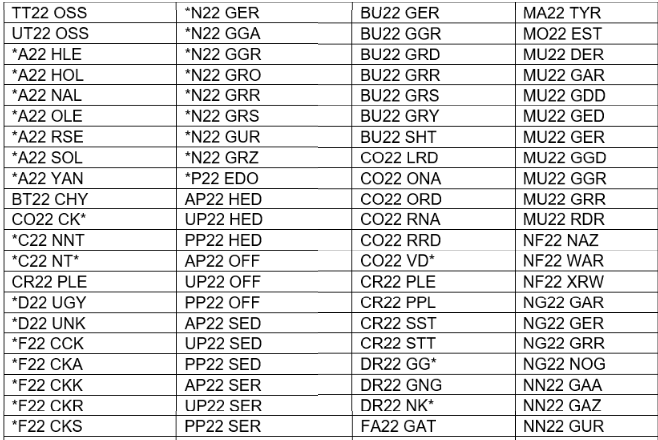 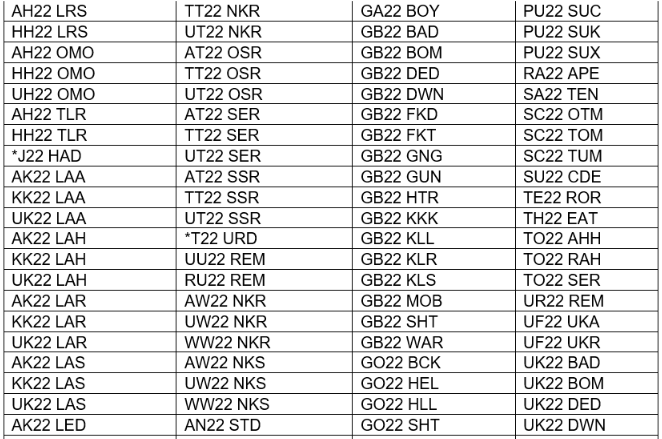 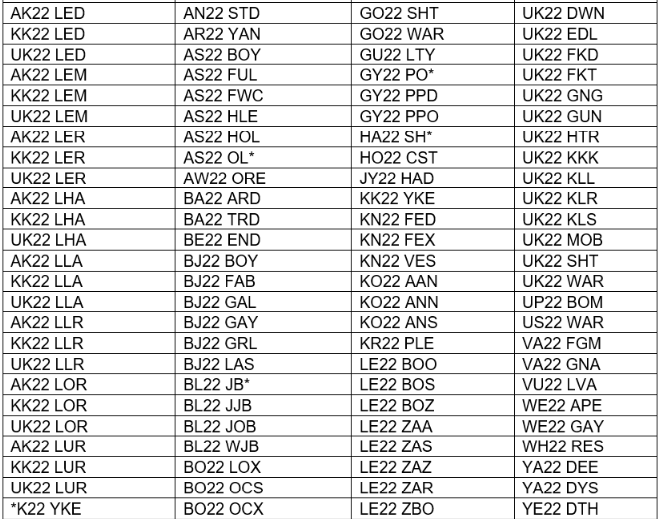 *Every asterisk in the above data represents a missing letter.

To find out more about the legal number plates we have for sale, call our sales team on 01642 363738 or search for your perfect number plate at the National Numbers website today.