The Weirdest Rules of The Road

Its time to take a look at the strangest laws for drivers. From dirty plates to spare glasses, we will venture around the world to find the weirdest ways to get a fine, or even jail time, from behind the wheel.

The Weirdest Rules of The Road

Its time to take a look at the strangest laws for drivers. From dirty plates to spare glasses, we will venture around the world to find the weirdest ways to get a fine, or even jail time, from behind the wheel.

We’ve all done it. Driving along, minding your own business and Bohemian Rhapsody comes on the radio. Who are you to resist going full Wayne’s World and hitting every harmony, maybe even knocking out a head bang in the process?

It’s probably not worth it though so next time just turn the radio down and resist the urge. This is because if Wayne, Garth and co were on a UK road for this iconic scene, it would have been less partying on and more scraping together a £5,000 fine for driving without due care and attention.

That version of the film probably wouldn’t have got a sequel.

Keeping The Lights On 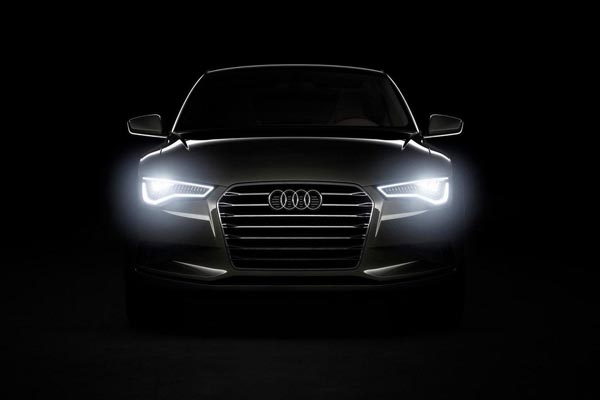 In Norway it’s illegal to turn your headlights off if you’re driving your car.

So that’s day or night, rain or shine, you have to have those headlights switched on. It’s not a rule to be taken lightly either (see what I did there), as Norwegian police can dish out on the spot fines of up to 1,000 Euros for offenders.

It sounds harsh but Norwegian police are well-known for keeping a lid on rule breaking drivers, and it’s hard to argue with their methods because Norway has some of the safest roads on the planet.

Drinking Behind The Wheel Is... Okay? 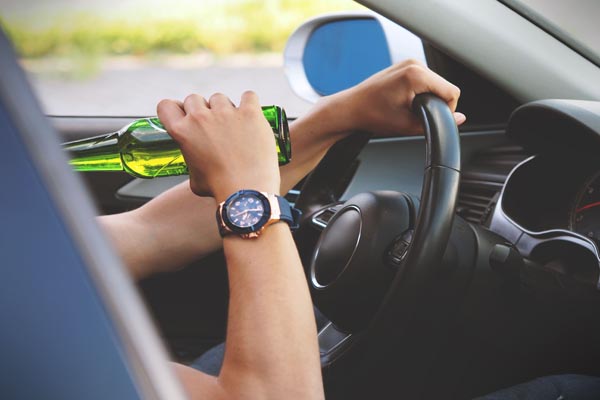 Costa Rica seems pretty relaxed with drink-driving laws, well they’re incredibly relaxed because if you are drinking at the wheel and aren’t drunk, you’re okay in the eyes of the law. It’s not all carefree and easy going though, and while it’s fine to take a bottle of beer for a drive, if your blood-alcohol level is more than 0.75 percent you’re going to jail.

That’s not the only strange law on the roads of Costa Rica, one on the opposite end of the harsh-spectrum is that if you park illegally on certain streets, the police will confiscate your registration plates.

So, swings and roundabouts. 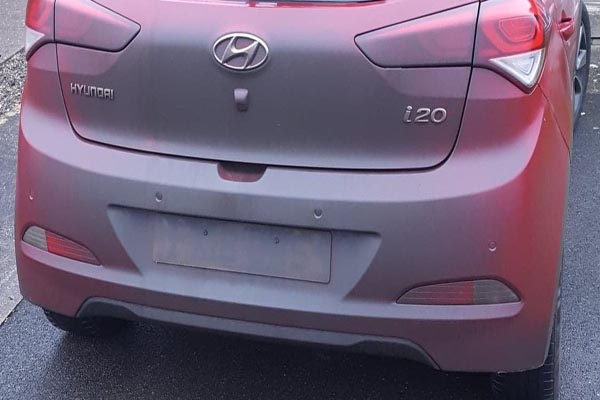 Clean number plates are important for police and ANPR cameras so your vehicle can be identified as and when required. It’s so important that having a dirty reg could land you with a £1,000 police fine.

Dirt can quickly accumulate on your number plate in all walks of life, you don’t have to work or live on a farm for them to be coated in grime. Car driving commuters will testify that traversing A-roads and motorways will also rack up the muck, not to mention adverse weather conditions which can quickly mess up your reg, making it unreadable. 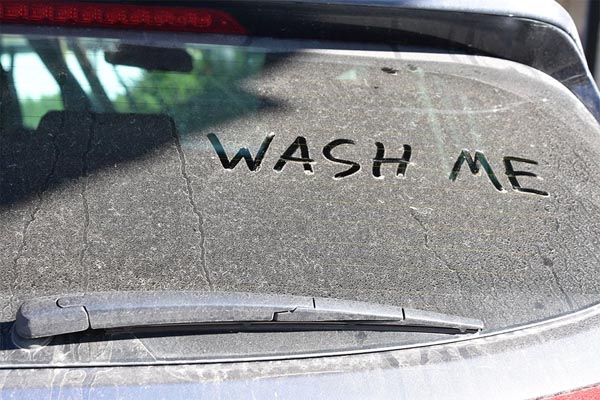 Never mind a dirty plate scuppering the powers of the police, in Moscow it’s completely illegal to drive if your car is too dirty. Moscow motorists can receive a 10 Rouble fine for not meeting the Russian car cleanliness standards as well as a police search for good measure.

Strangely enough though, it’s also illegal to wash your car within the city limits and doing so can result in a 30 Rouble fine. And washing it at a river, lake or reservoir can see you out of pocket to the tune of 100 Rouble. Both of which don’t really make much sense considering the first law.

It’s not all completely weird though, as this clean car policy is mostly enforced during warmer months rather than the incredibly cold and difficult winters, and according to Russian officials it’s related to being able to read number plates, much like the UK. 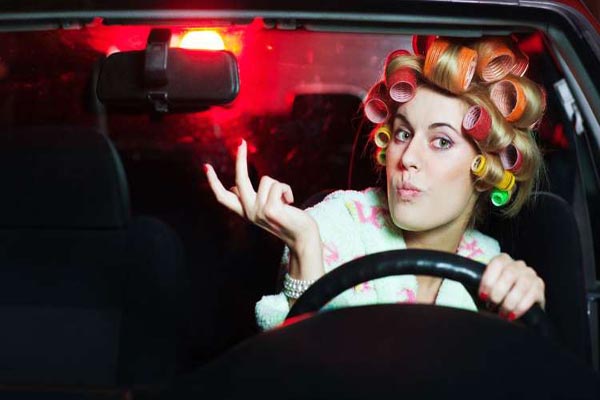 Let’s pop across the pond to the USA, California to be precise, for this next one. Here exists a peculiar piece of legislation stating that it is illegal for women to drive a car whilst wearing a bathrobe.

Sounding like something straight out of the neglectful 1950s husband handbook, this particularly sexist rule would surely kick up a fuss if it was ever enforced as it only applies to women, and not men.

It’s technically law so the cops could enforce it if they see it, but realistically they probably wouldn’t as the backlash wouldn’t be worth it.

Driving The Wrong Way Down a One Way Street is Fine 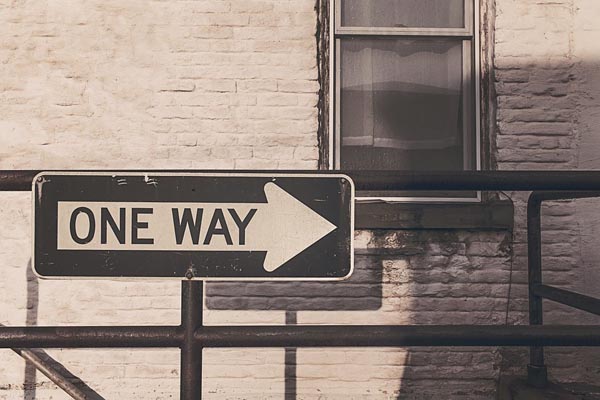 Another trip to the land of the free, this time to Alabama where it’s technically legal to drive down a one way street the opposite direction, but you have to attach a lantern to the front of your car...

Now this one is clearly a law that was created many years ago for much slower moving vehicles. A simpler time when a jam meant a few horse drawn carriages or bicycles backing up rather than the high-speed and heavy vehicles found today.

While this is still technically law, if you cause a pile-up cruising the wrong way down a one-way street with a lantern on the front of your car, you’d struggle to persuade a judge that you shouldn’t be punished.

Litter In Your Car 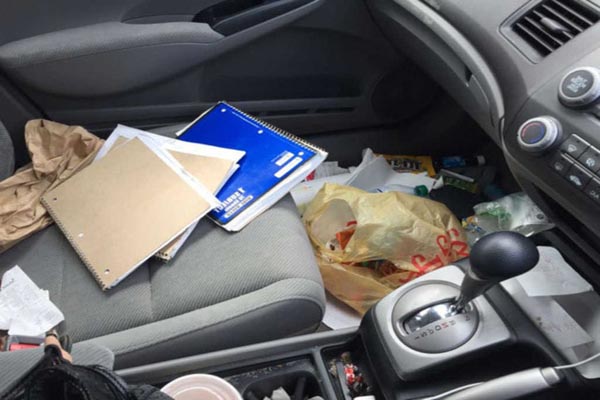 A final one from the US of A, this time in Hilton Head, South Carolina. In this south-eastern state, it is illegal to store ’trash’ in your vehicle. It’s unclear as to what difference having a few empty McDonald’s cups makes to your driving performance, but here we are.

The law is in place because leaving rubbish in a building or vehicle ’may afford food or harbourage for rats.’ As if rats are going to accumulate in your car thanks to an empty crisp wrapper or two!

However bizarre this sounds, it does qualify as a public nuisance offence and is subject to a fine of up to $500 as well as jail time of up to 30 days. 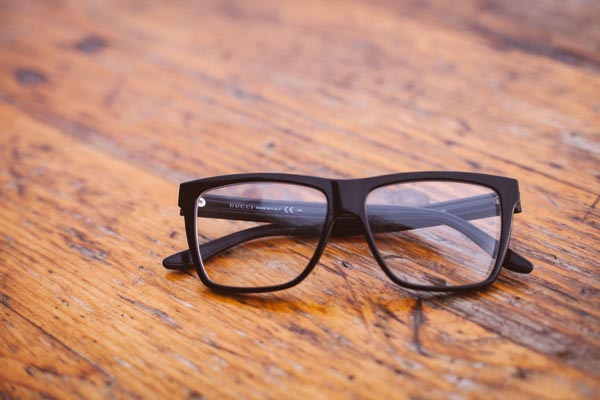 While UK motorists can have their license revoked for having poor eyesight or not wearing prescription glasses on the road, Spain have taken it to a whole new level with glasses-wearers required to have a spare pair with them whilst driving.

If you ignore this rule you can expect a hefty fine, and while police are more lenient towards tourists and there’s a 50% discount if you pay your fine within 20 days, there’s still a high chance of being punished.

This is added to a heap of other compulsory items required on the Spanish roads such as; ID, proof of insurance and ownership, two warning triangles and a high-vis jacket. All of which seem quite reasonable compared to a spare pair of specs. 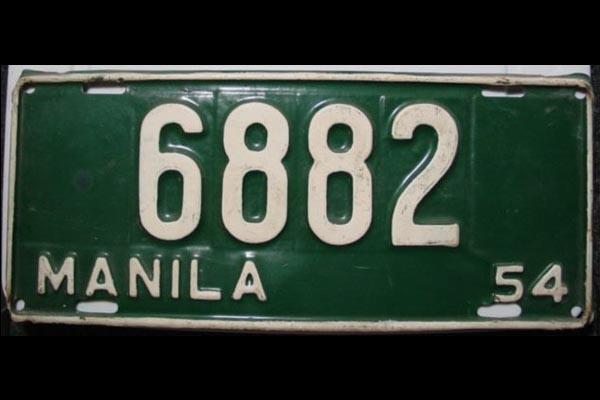 And finally, in Manila you cannot drive on Mondays if your number plate ends in a 1 or 2.

This sounds particularly strange, but there is a coding system in Manila to limit the number of cars on the road which begins to explain this seemingly odd law. So, each car has a digit at the end of the license plate, and on specific days you aren’t allowed to drive your car to reduce car pollution and congestion.

Manila police are notoriously prickly to deal with and for a violation of this law you could be hit with an on the spot 500 peso fine, which you may need to pay immediately. This fine could also actually be a bribe so be careful out there!

That’s the top ten sorted, but we couldn’t resist leaving out this little batch of honourable mentions. Behold...