Number plates are big business. And unsurprisingly the most sought after registrations are often the most expensive number plates on the market.

Number plates are big business. And unsurprisingly the most sought after registrations are often the most expensive number plates on the market.

So, while we’ve all got some time on our hands, let’s take a look at the most expensive number plates in the world and the very rich people who bought them. Oh, and these are all the prices BEFORE the DVLA and auctioneer fees were added, so on the day the people buying them actually spent more than listed below. Now that’s expensive.

Let’s start somewhere close to home, as in, our home, The UK. Here’s the top 10 most expensive number plates ever purchased in the UK.

The Top Ten Most Expensive Number Plates in The UK 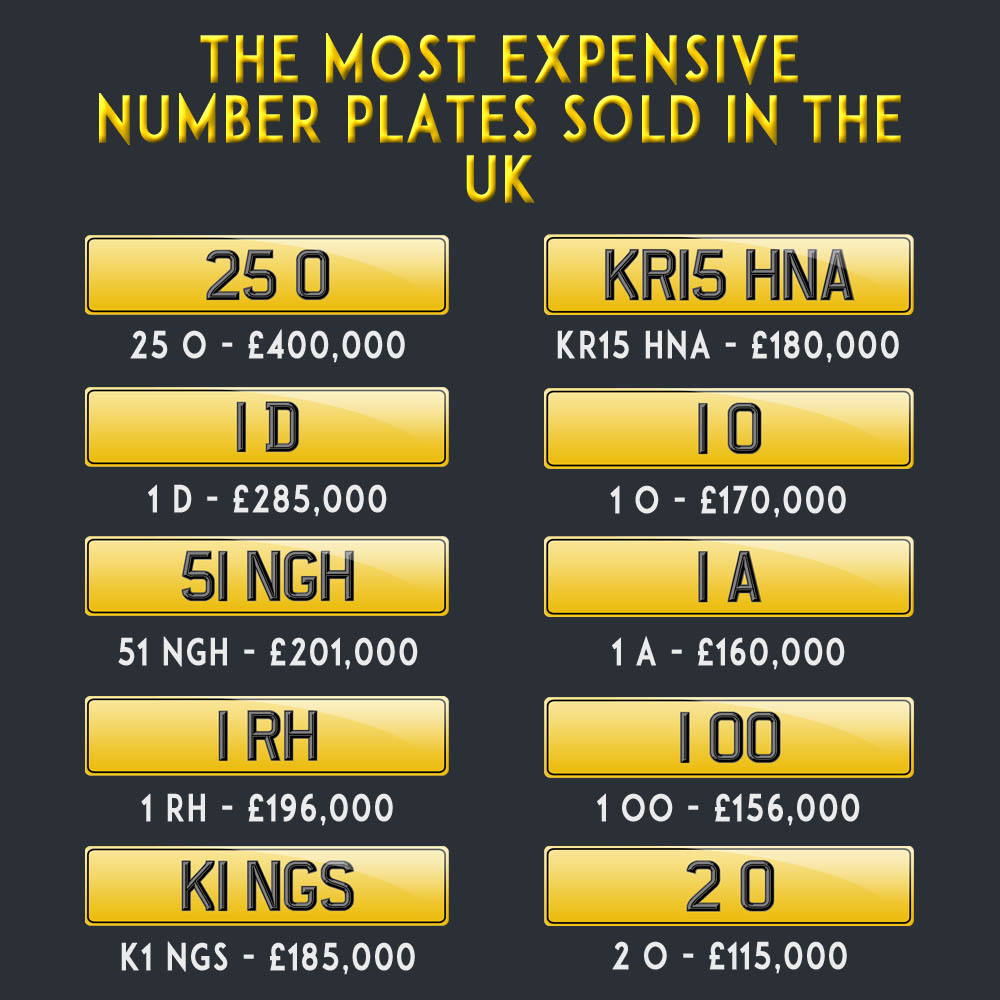 These are all incredibly expensive, but the most expensive number plates in the world eclipse these totals by some way, and are maybe unsurprisingly found in the magical, money-filled land of the middle east, particularly the UAE.

But you may be asking, what is the 10 most expensive number plate in the whole world? For this we need to take a look outside of the UK. Remember that some of the amounts are lower, so we’ve included the date as the exchange rate and value has fluctuated a lot for AED over the past 20 years.

So, there you have it, the most expensive number plates in the world. You can check out our dateless registrations here if you want to bag yourself an amazing number plate. If you don’t fancy breaking the bank with a very expensive number plate, you can also get yourself a Northern Irish plate here, these also have no age signifier and can be very similar to dateless plates, but for a fraction of the cost.