Motorists love a way to stand out, and gel number plates are a popular way of doing so when buying a private registration for their vehicle.

Motorists love a way to stand out, and gel number plates are a popular way of doing so when buying a private registration for their vehicle.

This desire to stand out can lead to complications, however, with lots of folk thinking it’s a good idea to buy illegal number plates for their vehicles. These can either spell a word they really want to spell, or contain characters, materials, or colourways that don’t meet UK laws and regulations. There’s also lots of conflicting information online about what constitutes a legal number plate, so some people might not actually know they’re breaking the law at all.

In today’s blog, we’ll help demystify some of these areas of confusion, particularly when it comes to gel number plates. We’ll discuss whether or not gel number plates are legal in the UK, the difference between gel, 3D, and 4D number plates, and the the current number plate standard in the UK. We’ll answer questions around all of these topics and more, and we’ll also help you find the right place to buy legal physical number plates for your vehicle.

Let’s start with an all-important question…

What are gel number plates?

Gel number plates give the impression of a gel resin when it comes to the number plate characters. Rather than literal gel, as the name suggests, they’re actually made up of a material known as polyurethane, which makes number plate letters and numbers shiny and curved in appearance.

What are 3D and 4D number plates?

To be honest, both of these terms are bandied around a lot, and they’re interchangeable between one another when it comes to number plate conversations. If you hear somebody saying 3D or 4D number plate, they’re probably referring to the same thing, and that thing is where the characters on a registration are protruding from the plate itself.

The difference on a technical level is 3D number plates give characters the effect of being 3D, whereas 4D characters are actually raised from the number plate.

However, 4D number plates, where the characters are raised from the backplate, are perfectly legal, as long as they adhere to the BSAU145e standard, which we’ve already spoken about in detail here.

Now we arrive at the million pound question, are gel number plates legal in the UK?

The answer is… Sometimes.

If they adhere to all BSAU145e standard as detailed above and in our recent blog, then yes, they are legal. However, you need to be absolutely sure that this is the case, and there are a range of rules you need to consider.

The rules around gel number plates.

The key reason for all of this is so APNR cameras and police can actually read number plates, so your car can be identified if necessary. There are more things to consider when it comes to number plate legality, so check out the guidelines and standards set out by the DVLA.

Where can I buy legal number plates?

If you’re ever in doubt about whether or not the physical number plate you’re buying is legal for UK roads, you can keep safe by making sure you use a legitimate manufacturer of number plates in this country. Avoid eBay, Gumtree, and Facebook Marketplace where you’ll find an abundance of fancy looking and often illegal number plates, and instead, choose a seasoned veteran who has years of experience and a track-record of legitimacy.

For example, our parent company Jepson & Co are the oldest number plate manufacturer in the UK, and only ever sell legal, high-quality number plates to customers. They’ve been operating for well over a century, since 1894 in fact, so it’s fair to say that they have a strong history, reputation, and product.

Take a look at the Jepson & Co website for more information about the styles and options available. 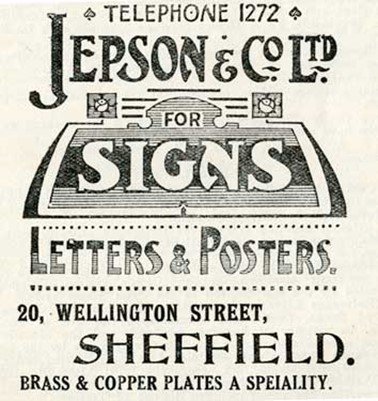 What will happen if I have illegal number plates on my vehicle?

If your number plates aren’t legal and don’t match the above standards, then at the very least your vehicle will suffer an MOT failure when the time comes.

Going one further and you could also receive a fine for up to £1,000 if you’re caught on the roads with illegal number plates. This applies whether they’re 3D effect or illegally spaced, and your number plates might even be removed by the police.

It’s fair to say then, that it’s not worth risking it when it comes to illegal number plates, and the cost of doing so can be significant.

Where can I buy a personalised number plate?

With all this talk of the physical number plates, you might be wondering where you can buy the rights to a private registration to display on your vehicle.

Well, you’re in luck, because you can do so right here at National Numbers, and we’re one of the oldest number plate dealers in the country with over 63 million registrations available to buy online or over the phone.

We offer lots of finance options and an unrivalled customer service, so why not give our sales team a call on 01642 363738, or visit the National Numbers website at this link to find your perfect private number plate.

With every legal style of registration catered for and physical number plates available from Jepson & Co at the point of purchase, National Numbers is your best bet for buying a brand new private number plate in the UK.

Based on 3686 reviews
See some of the reviews here.